It took six weeks for Courtney to make the team 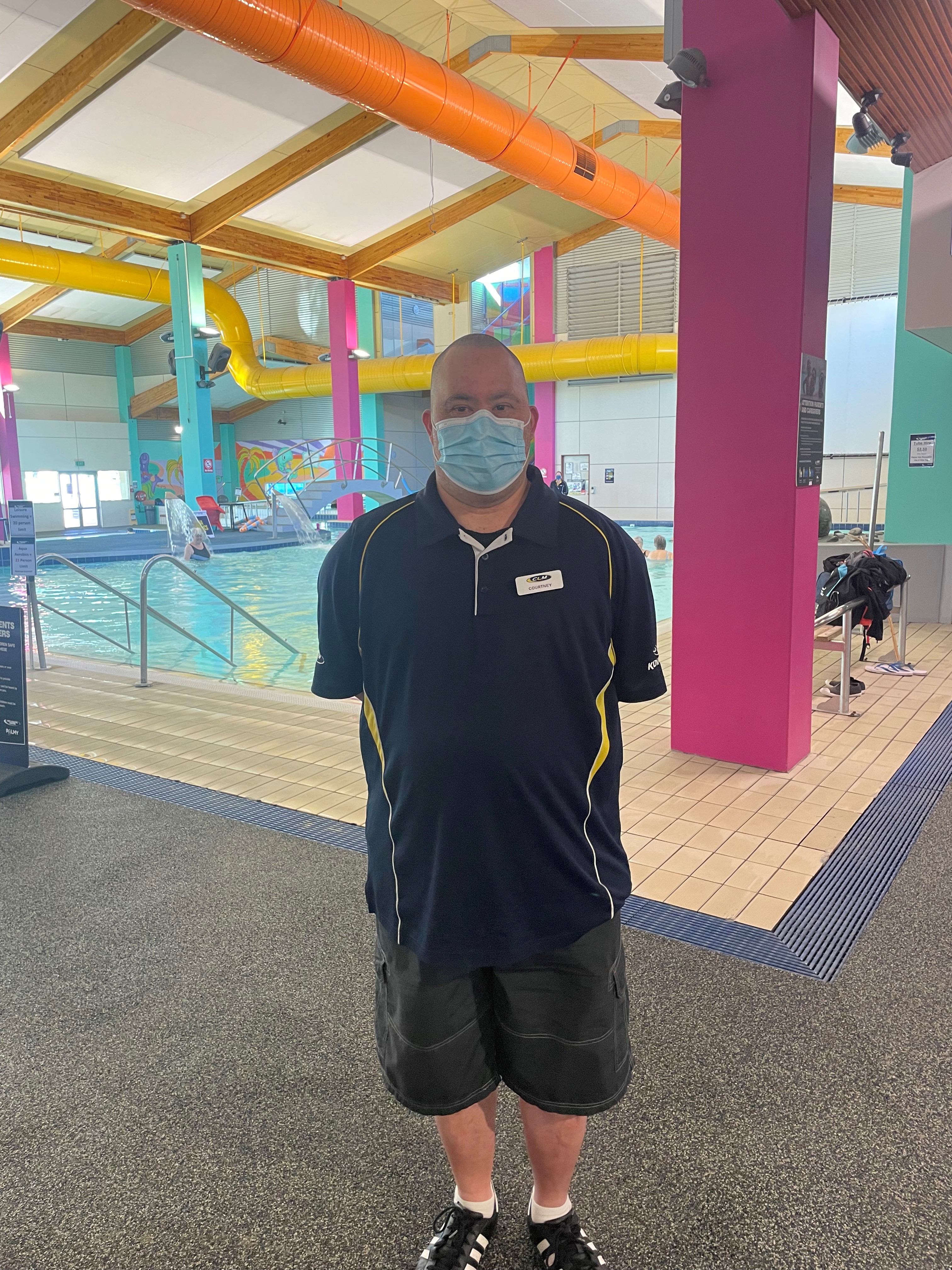 Courtney Ratana has his first job at the age of 40. He started in January as a pool attendant at the Lido Aquatic Centre in Palmerston North.

He works there every Monday. “I have got a top and I have got a badge’, he says. Both are important to Courtney because they identify him as a member of the Lido team. He will be paid and there is every chance and every hope that his hours will increase.

The Lido is the perfect workplace for Courtney, who is a keen swimmer and a regular in the pool every week. It has been the start of huge life changes. Courtney is also about to move out of home and into a flat.

Courtney joined the staff after completing a six-week internship, supported by Choices NZ Life Coach Robyn Poole. He worked for two hours every Monday on a structured work experience programme designed to familiarise him with not just the job, but being in a work environment.

His first hour started with a walk around saying hello to pool staff, followed by regular cleaning duties involving wiping down tables and the lids of rubbish bins, cleaning the glass in the sauna and steam room and wiping down the lockers.

For his second hour Courtney helped wherever he was needed, sometimes hosing the pool complex, vacuuming, or sweeping up leaves.

Robyn mentored Courtney during the internship, along with Lido Aquatics Coordinator TJ Lyne-Lewis. Robyn says there have been huge benefits for Courtney in terms of his social skills, work ethic, mental health and timekeeping.

“They really enjoy having him around. Even on his days off, he comes in and says hi. His work ethic is amazing. When he was asked to wipe the glass in the sauna and the steam room, he started to go around and wipe all the glass in the facility. He goes the extra mile,” Robyn says.

The first two weeks were a big ask for someone who had never been an employee.  But Courtney picked it up quickly and a new watch helped with timekeeping.

TJ says Courtney was shy to begin with. “For the first two sessions Robyn was certainly essential, but for the next four session Robyn was with me in my office and Courtney was working independently.”

TJ says Courtney is very excited about his job. “He is very happy; his confidence has gone through the roof.”

Choices Manager Jo Barsanti says Courtney told her getting the job was one of the best things that had happened to him. “He said, ‘This is like a dream’.”

She says the internship is being repeated early next year with another intern. The Lido is keen to go again. “They were the ones who said to Robyn, ‘We are doing this again, aren’t we?’.

Choices NZ provides flexible disability services to individuals through its facilitator and life-coaching services, including an Intensive Support Service based in the MidCentral DHB area.

This story was published in Strong Voices. The magazine is posted free to all IHC members. Read the full issue of Strong Voices or view more articles.